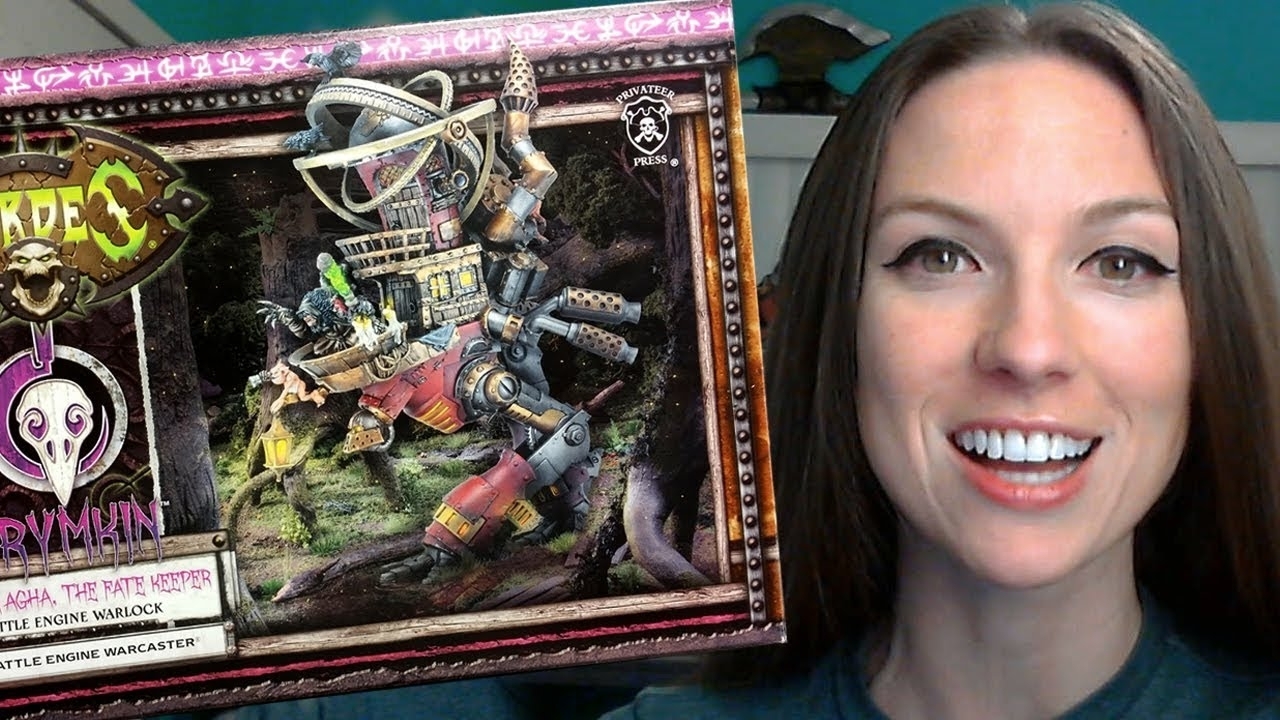 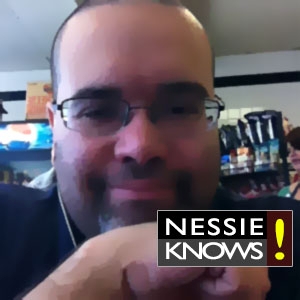 Nessie Knows
Your host Nestor Medina brings you closer to the games that spark his interest. From Infinity, Malifaux, and Dark Age to Board Games like Ninja All Stars, Super Dungeon Explore and other board games as well. He wont go it alone as he will be sure to bring others on the journey who show interest in the games as well....because there is one thing he is certain of....Nessie Knows an adventure is best shared with others.
Nessie Knows Guid Ball? - Mason's Guild Primed
After building the Mason's Guild for Guild Ball, I felt it was time to Prime these bad boys (and girls, and uh monkey) and get ready for some gaming.

I like to use a technique that Mario from Voice of Mars showed on his YouTube channel and Lyn Of Metal Head Minis just released earlier today (as of the release of this video) on her channel call Zenithal priming.

I like the look first off when you put them on the table in between painting them. But the technique is great for getting shading. It's a quick technique and the videos those two show you how to do it. I'm showing you just the end result. My process is with my Badger Airbrush but it can be done using spray can primer as well. (I never done it by brush but i heard its possible)

Have to get ready to play against Lyn at Gencon. Enjoy the video!

Check out Lyn's video on Zenithal Priming below: https://www.youtube.com/watch?v=88rMH25y-2E 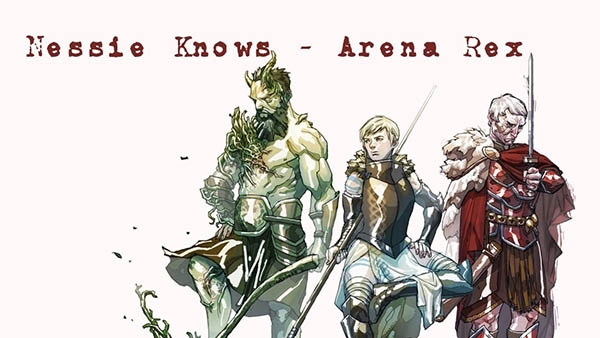 Nessie Knows - Arena Rex: Legio XIII (and extras)
Monday, 08/22/16 - I talk about Arena Rex which I got during Gen Con 2016 as well as the rule book and dice. Just starting out and getting into the game after a great demo. Read More...
0 comment(s) 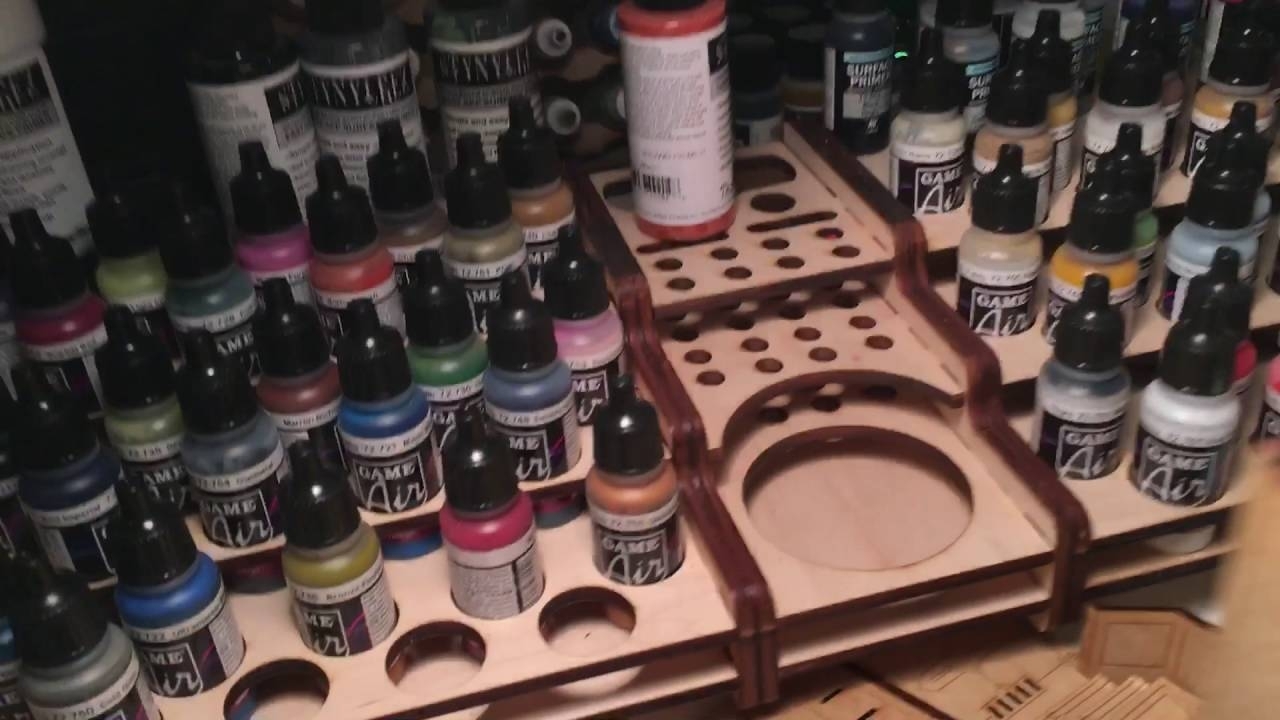 Nessie Knows - Warsanel Studio B Part II
Sunday, 08/14/16 - I continue my project on the Gen Con limited Edition Warsenal Studio B. I finished the second level and show it off. Hope you guys enjoy. Read More...
0 comment(s) 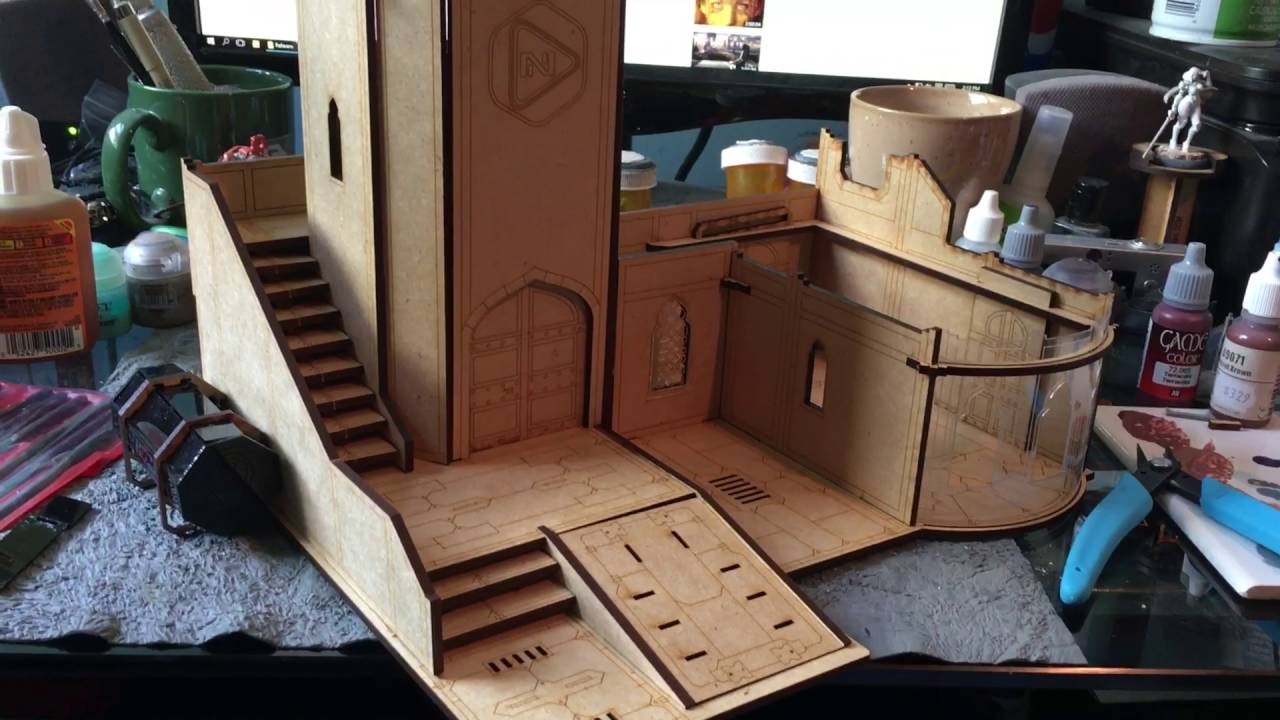 Nessie Knows - Warsenal Studio B Part I
Saturday, 08/13/16 - One of the first things I purchased at Gen Con was The Limited edition terrain that Warsenal produced called Studio B named after the recording studio of Mayacast in Arizona. Read More...
0 comment(s) 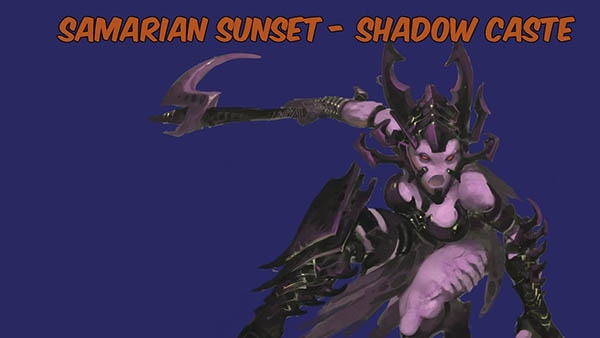 Samarian Sunset - Shadow Caste Models
Friday, 08/12/16 - After Gen Con. The post Gen Con blues are real but the modeling continues. I was fortunate enough to grab of the limited pre release models for the Shadow Caste. Read More...
0 comment(s) 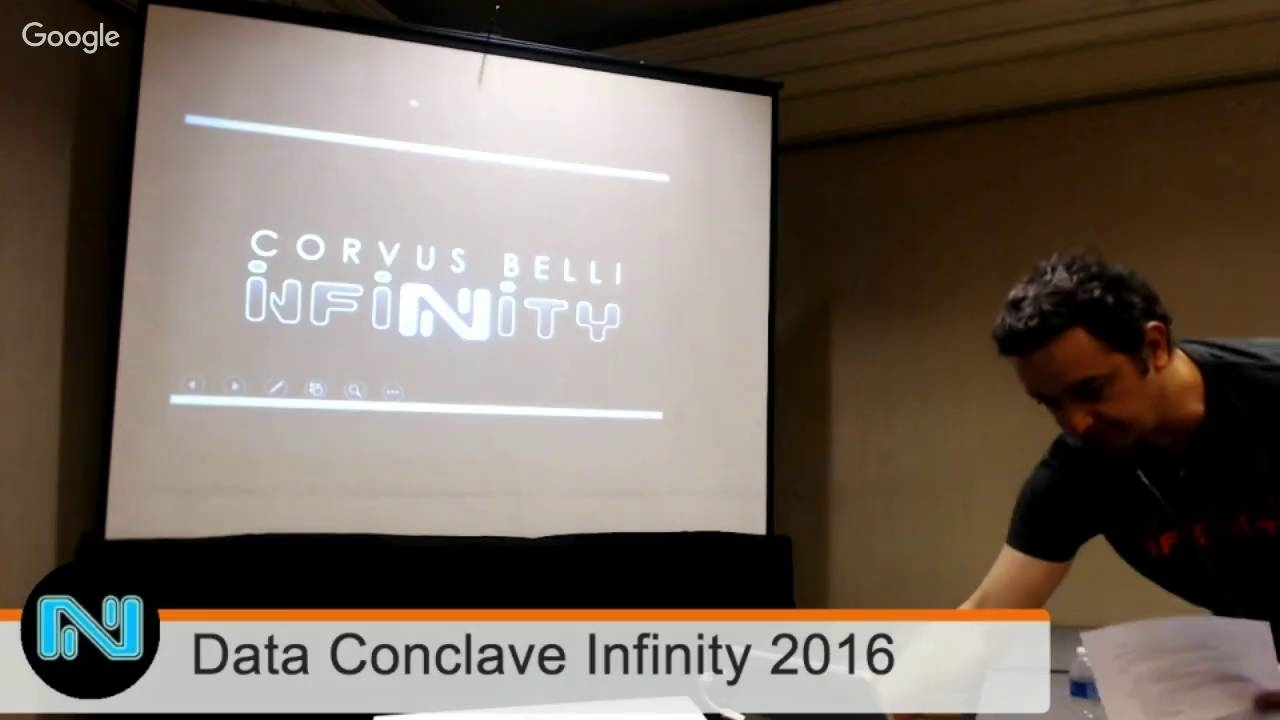 The Data Conclave Present Gen Con 2016 Infinity Seminar
Saturday, 08/06/16 - Corvus Belli is back at Gen Con this year and once again are giving us an awesome seminar. We are fortunate enough to be there and share this with you so enjoy the show. Read More...
0 comment(s) 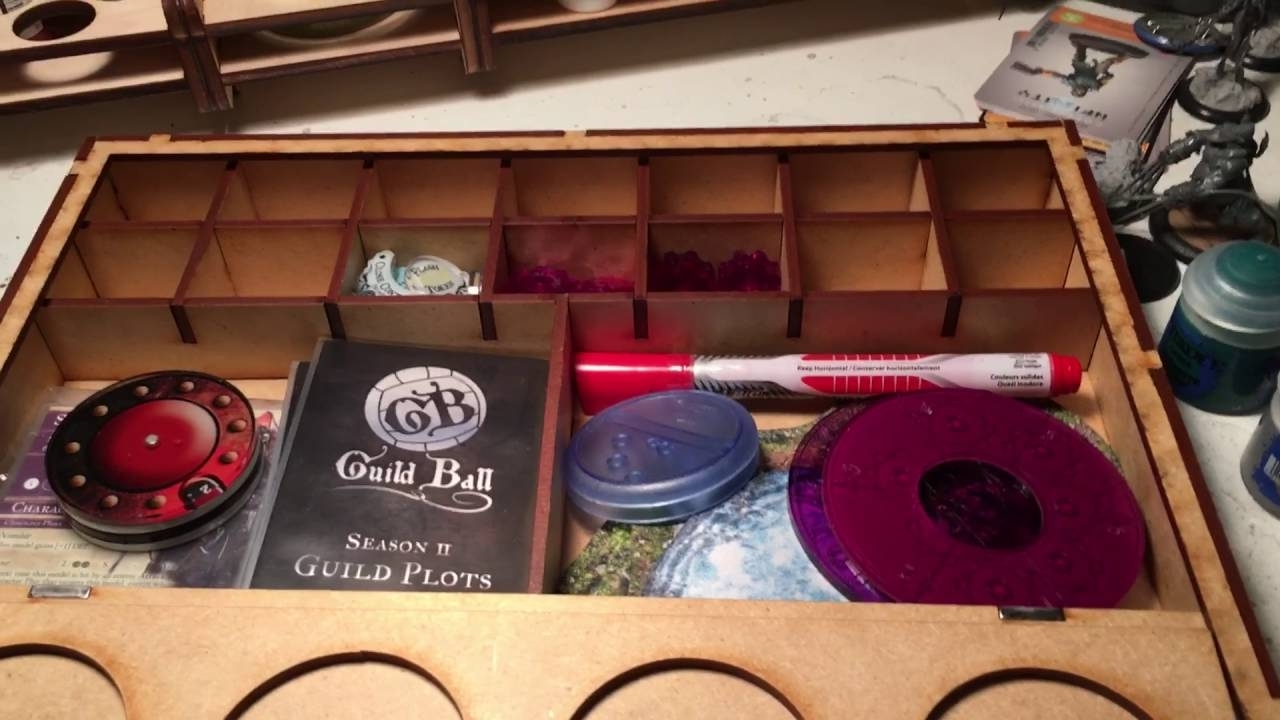 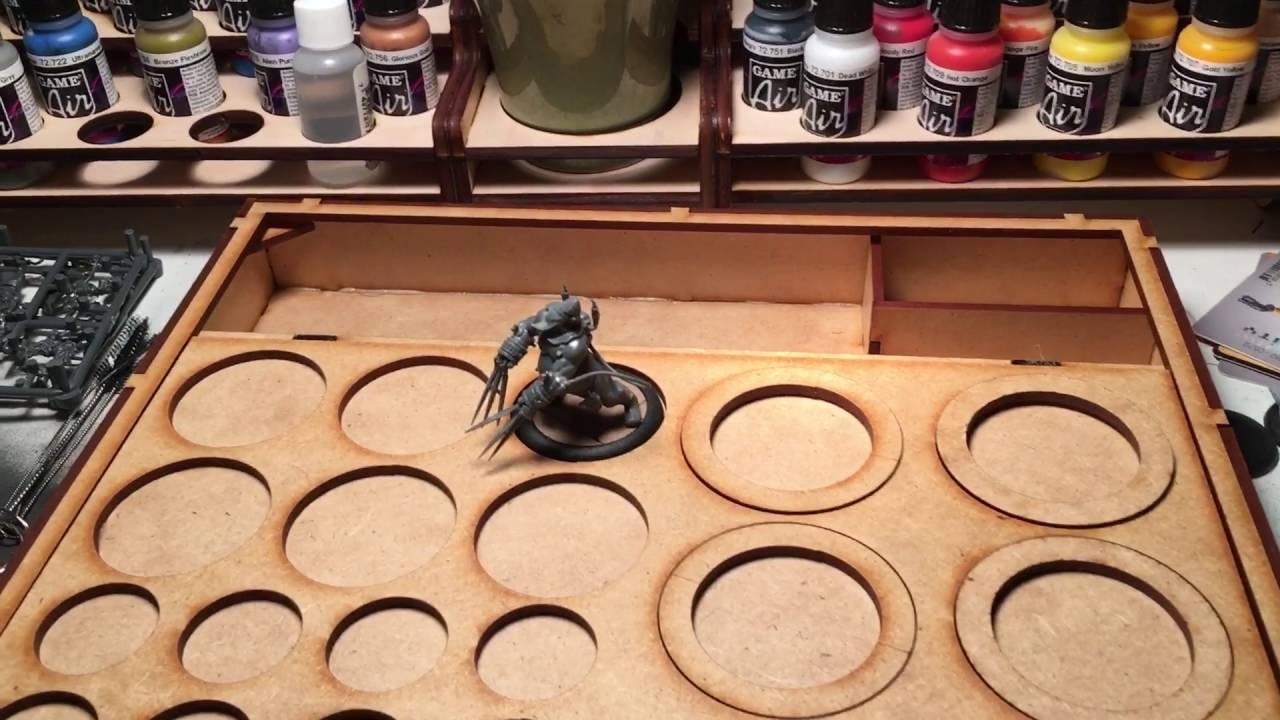 Nessie Knows! - Impudent Mortal Tournament Tray
Tuesday, 07/26/16 - Impudent Mortal has a new tournament tray with storage compartment out and here is a first look at it. I will be bringing this with me to GenCon this year so looking forward to showing it off. Read More...
0 comment(s) 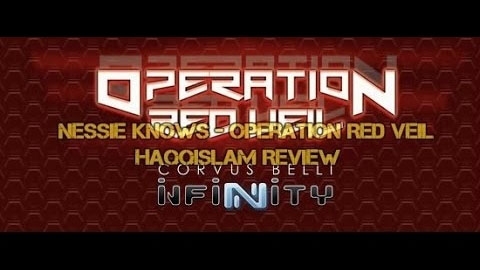 Nessie Knows - Operation Red Veil: Haqqislam Review (who you calling fusiliers?)
Monday, 07/18/16 - Whats up guys, I was able to get my hands on a box of Operation Red Veil to show to prospective new players before GenCon and I started working on the Haqqislam portion as I am playing Haqqislam this season and wanted to get them built first. Read More...
0 comment(s) 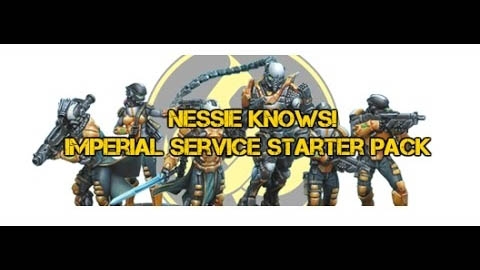 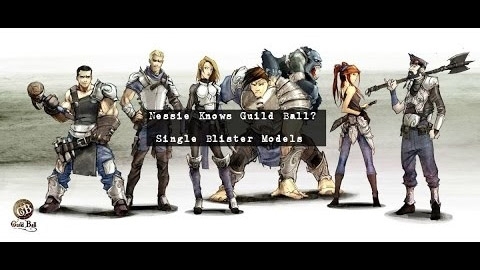 Nessie Knows Guild Ball? - Mason's Guild - The Blisters
Wednesday, 06/29/16 - As I showed from the Starter Set video. I had the rest of the team waiting to be built. These are the single blisters that are currently available. Read More...
0 comment(s)